The other pie in My Blueberry Nights (a correction)

So, I've been slowly working my way through all Wong Kar-Wai movies, and tonight I watched My Blueberry Nights.

It's not a great movie. In many ways it's not even a good movie (although considered purely as a visual artifact, nobody who appreciates film could fail to be seduced). In many ways, it would work better as a long-form music video, and at times that is what it becomes. If you want to read a more considered opinion of the movie, then Dana Stevens's Slate review is reasonably astute. But I'm not posting this to review the movie per se. No, I have more serious business.

I have run across a couple of articles online suggesting that Jeremy (played by Jude Law) is eating a lemon meringue pie while Elizabeth (Norah Jones) is eating her titular blueberry pie. And since nobody appears to have corrected this*, I suppose it falls to me. 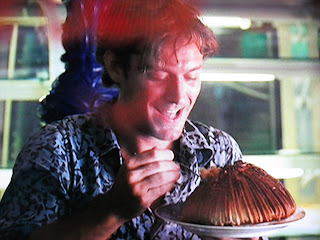 Does that look like lemon meringue to you? It is topped with an elegantly browned meringue no doubt, but the base cannot possibly be lemon jelly. No, this is a fruity filling of a more chunky consistency. Although it is definitely a yellow fruit. 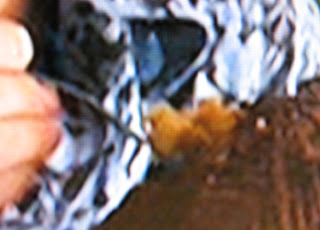 Given that this is a Wong Kar-Wai film, the pie in question is clearly a pineapple meringue — Wong's sly, anorakish way of tying Jeremy explicitly to the protagonists of Chungking Express and Fallen Angels (both of which are far superior films, and among my favorite films ever). 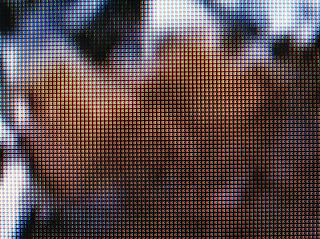 Oh, all right, one more thing. If you ever get the chance, watch the scene with Chan Marshall (a.k.a. Cat Power) from this movie in a format where you can really see her face.

There's something about her slightly off-kilter line readings — "maybe you're just sen-ti-mental" — that suggests a whole history. You can hear the barbs of old emotions, catching at the rhythms of this character's speech even though she won't say them in words. Of course, who knows, maybe that's just how Chan Marshall talks. Or maybe I'm just reading too much into the awkward performance of an inexperienced actress. But regardless, the readings transcend the clunkily metaphorical lurch of the screenplay's lines here, and I'll remember this scene long after I've forgotten everything else about this movie but the pie.

*Note that Stevens herself is careful merely to aver that it is a "meringue" of unspecified provenance. Bravo.